Republicans are more concerned about China's rise than ever before.

Russia’s invasion of Ukraine in February has focused the world’s attention on Europe. But that shift in global attention has not softened American views on China. For many Americans—Republicans especially—China remains a critical threat to US interests and a rival or adversary for the United States internationally.

According to a March 25-28, 2022 survey by the Council, a majority of Americans (57%) say that the development of China as a world power represents a critical threat to US vital interests. This includes three in four Republicans (75%), and a majority of Independents (55%), but only a plurality of Democrats (46%).

For Republicans, this is also an all-time high in Chicago Council Survey data and a sharp increase from 2018, when just 42 percent of Republicans saw China’s rise as a critical threat to US interests. Democrats, by contrast, are just slightly more concerned about China’s rise today than they were from 2002 through 2019. As a result of these divergent trends in concern, this is also the greatest partisan divide on this question yet seen in the Council’s polling. At 29 percentage points, it is even wider than the 20-point split seen in the 2020 Chicago Council Survey. 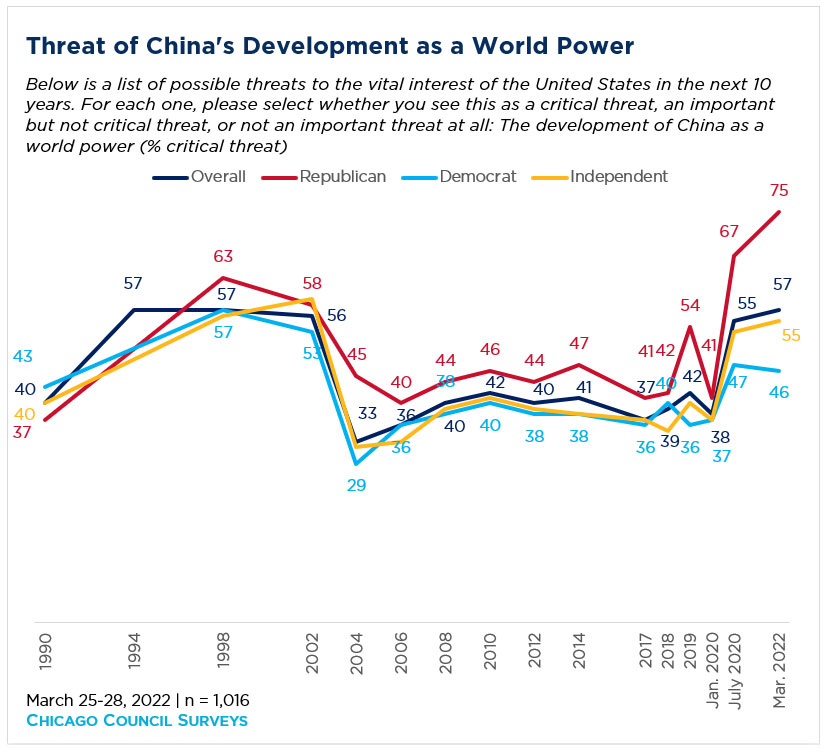 Americans Divided over the US-China Relationship

Democrats, by contrast, are somewhat more likely to view China as a necessary partner that the United States must strategically cooperate with (25%, compared to 17% of Republicans). And Democrats (26%) are twice as likely as Republicans (13%) to say they don’t know how to characterize the US-China relationship. 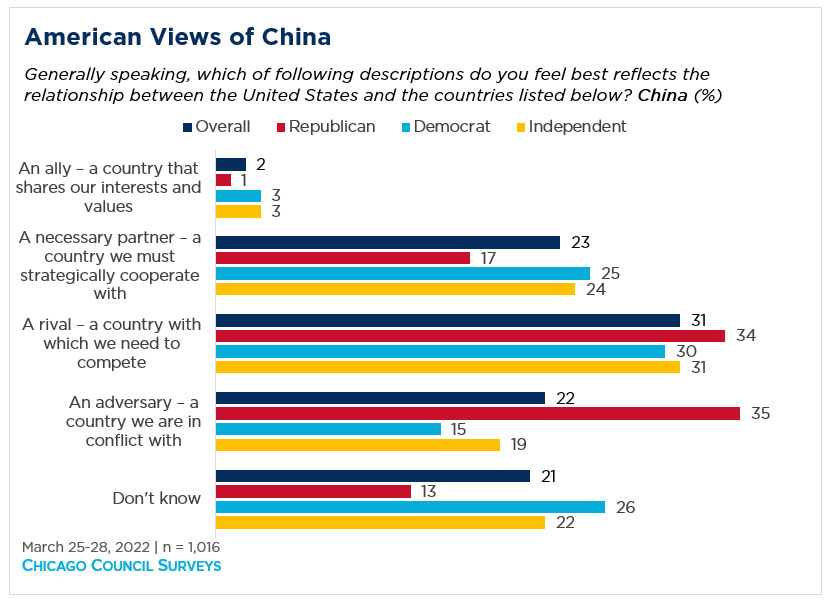 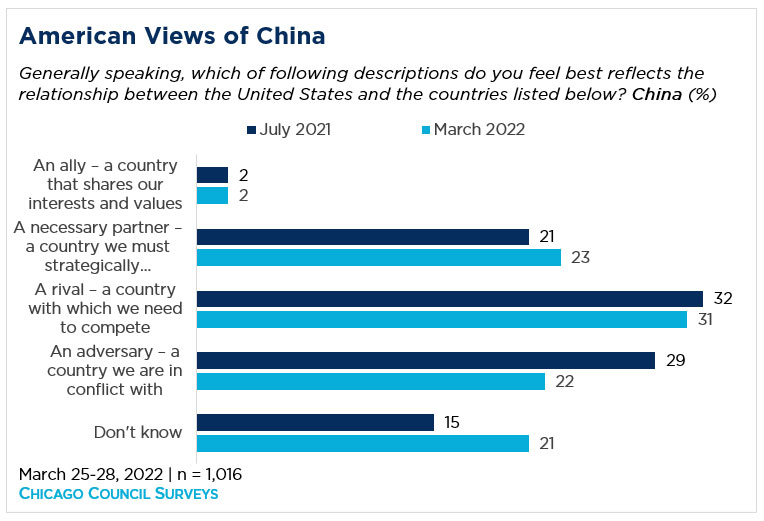 American views of China’s leader, however, remain deeply negative. Only ten percent of Americans overall say they have a favorable view of Xi Jinping, while 89 percent say their views are either somewhat unfavorable (38%) or very unfavorable (51%). That’s consistent across the political spectrum, with nine in 10 Republicans (92%), Democrats (88%), and Independents (87%) saying they have an unfavorable view of Xi. Views of Xi were somewhat less negative through 2018, with a third of Americans reporting a favorable view of China’s leader. Since early 2021, however, American opinion has been nearly uniformly negative. 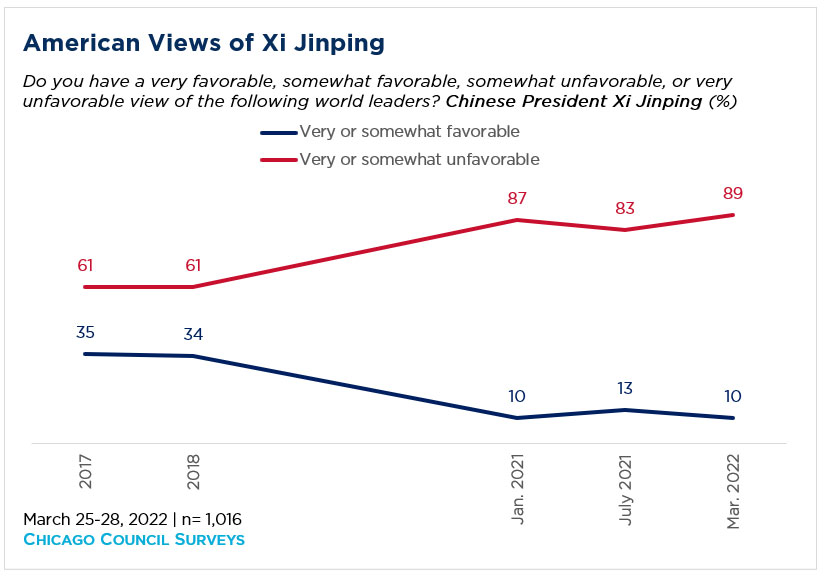 While the Biden administration seems to understand where Americans stand on China and domestic renewal to support global competitiveness, the data disproves their assumptions that Americans are skeptical about trade and weary of US global engagement and leadership.

A March 2021 survey finds Americans see US priorities in Asia to be less about limiting the expansion of China and more about economic growth and strengthening democracy.