But American concern about large numbers of immigrants and refugees coming into the country has steadily decreased over the past decades.

Over the past decades, American concern over the prospect of large numbers of immigrants and refugees coming into the country has steadily decreased. Today, four in 10 Americans (39%) see it as critical threat to the United States, down from a high of 60 percent in 2002.

That decline has been driven primarily by changing views among Democrats and Independents. When the Council first asked this question in 1998, majorities of both parties viewed the prospect of large numbers of immigrants and refugees entering the US as a critical threat. Over the past 24 years, Republicans and Democrats have diverged on this question. Today, 70 percent of Republicans view immigration as a critical threat, but just 37 percent of Independents and 18 percent of Democrats say the same—a gap of more than 50 percentage points. 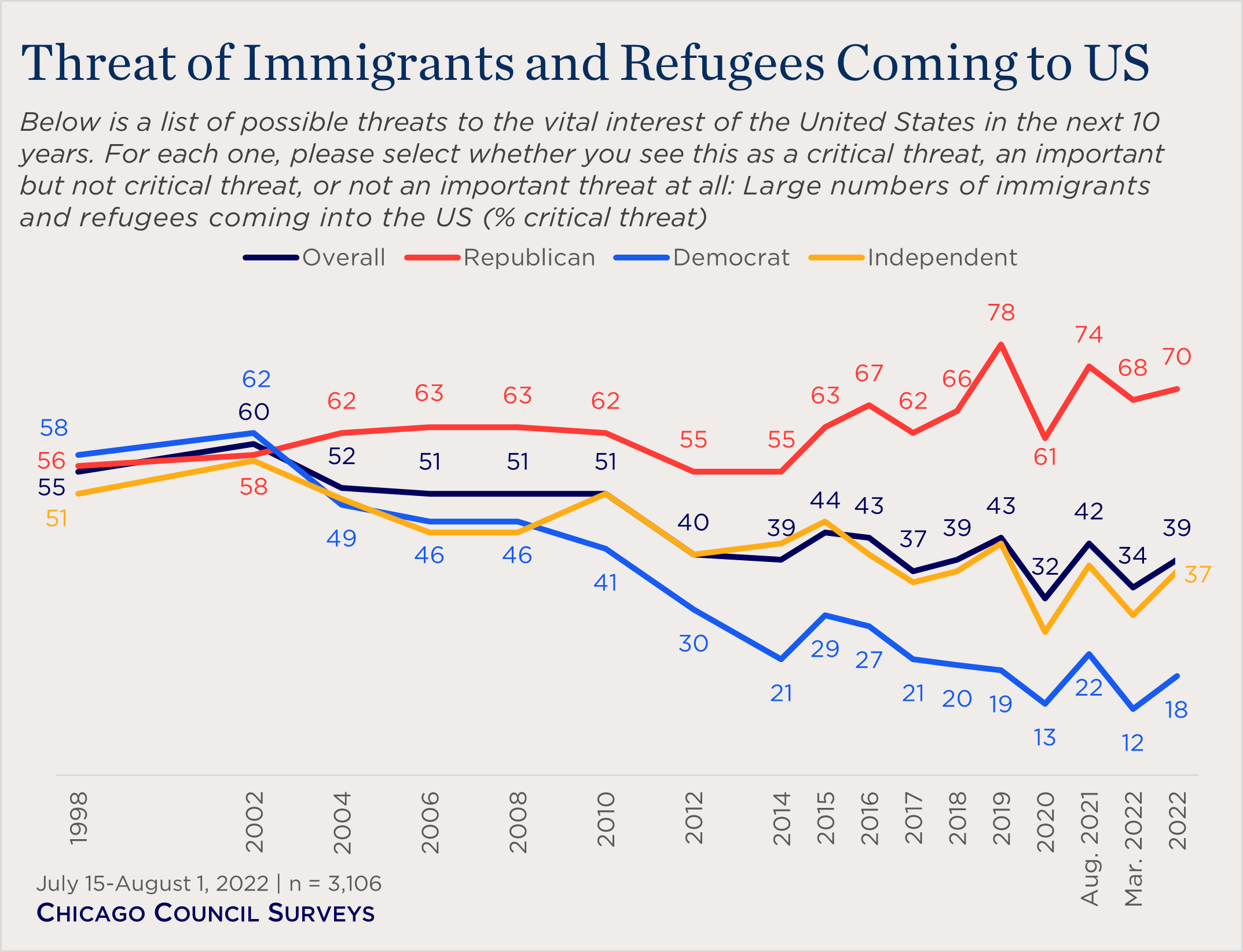 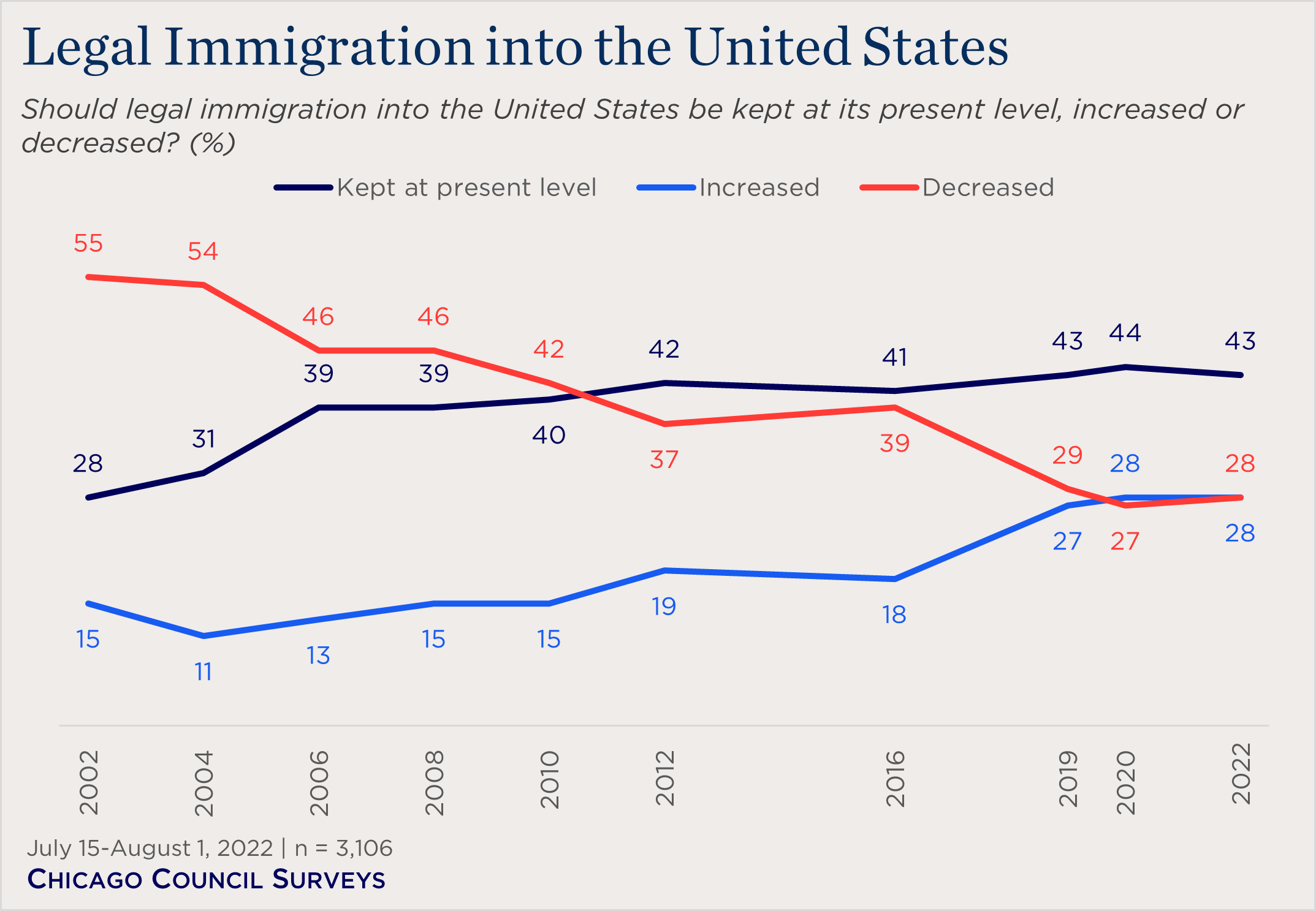 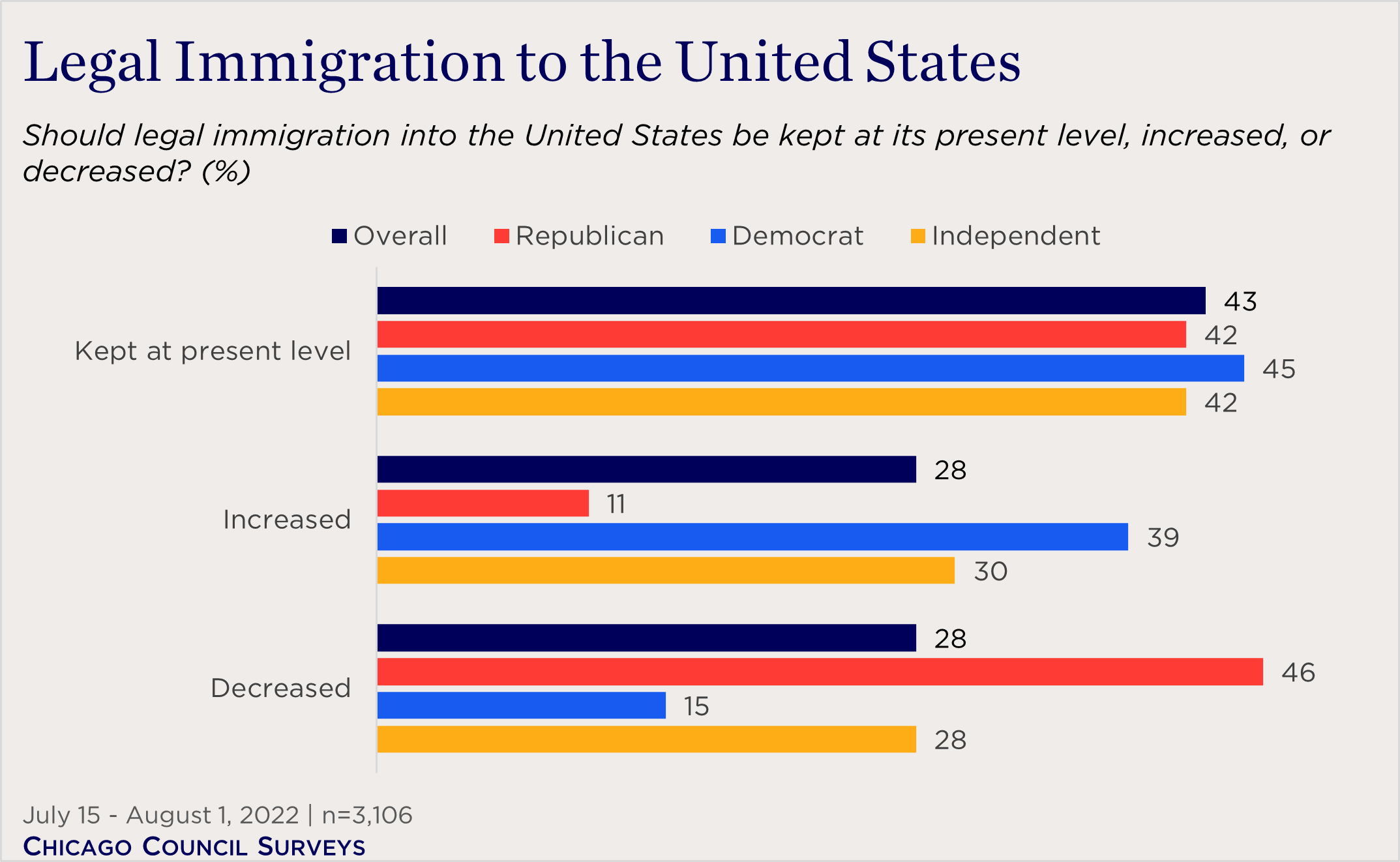 As the 2021 Chicago Council Survey found, these partisan divisions also hold when it comes to one of the central questions of immigration reform: how the United States should handle the millions of undocumented immigrants living and working in the country. Overall, most Americans support allowing these immigrants to stay in the United States. Two-thirds (65%) favor allowing them to pursue US citizenship, either immediately (41%) or after a waiting period and paying a penalty (24%). Relatively few (22%) want to expel these immigrants from the United States. That’s true for both Republicans and Democrats: only a third of Republicans (36%) and just one in 10 Democrats (10%) favor expelling undocumented immigrants from the country.

Most Democrats favor a path to citizenship, either unconditionally (54%) or following a waiting period and penalty (25%). Republicans are more divided. Just under half (48%) support a way for undocumented immigrants to seek US citizenship, either immediately (26%) or following a penalty (23%), while an additional 14 percent favor allowing them to stay in the country with work permits but without a path to citizenship. 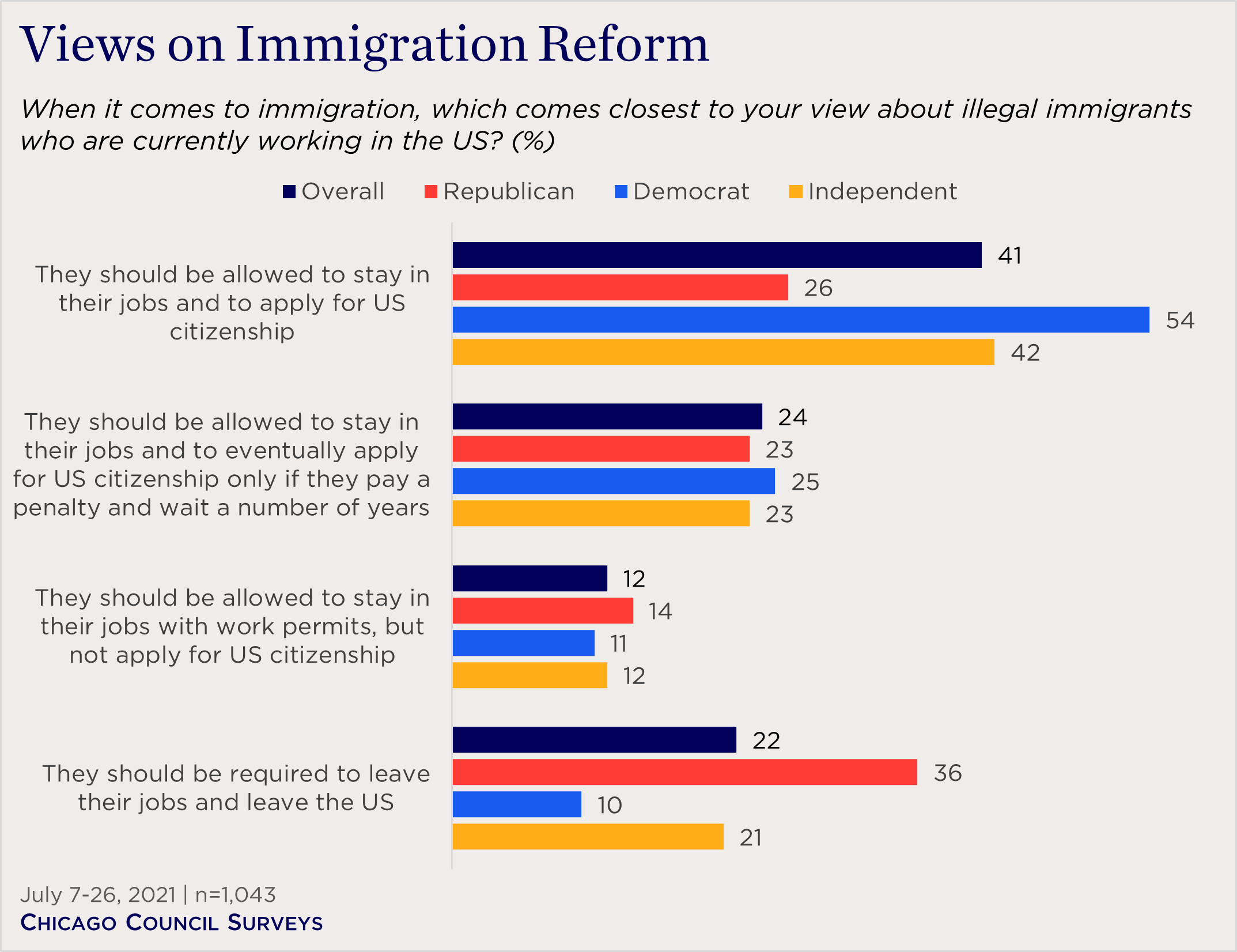