Americans and Human Rights in China

Human rights have long played a significant role in US-China relations. According to the 2022 Chicago Council Survey, conducted July 15–August 1, human rights remain an issue of concern to the American people. A majority of Americans (56%) disagree with the notion that how China handles the treatment of ethnic or religious minority groups is a matter of the country’s internal politics and none of America’s business. That includes six in 10 Democrats (62%) and smaller majorities of Independents (56%) and Republicans (52%). 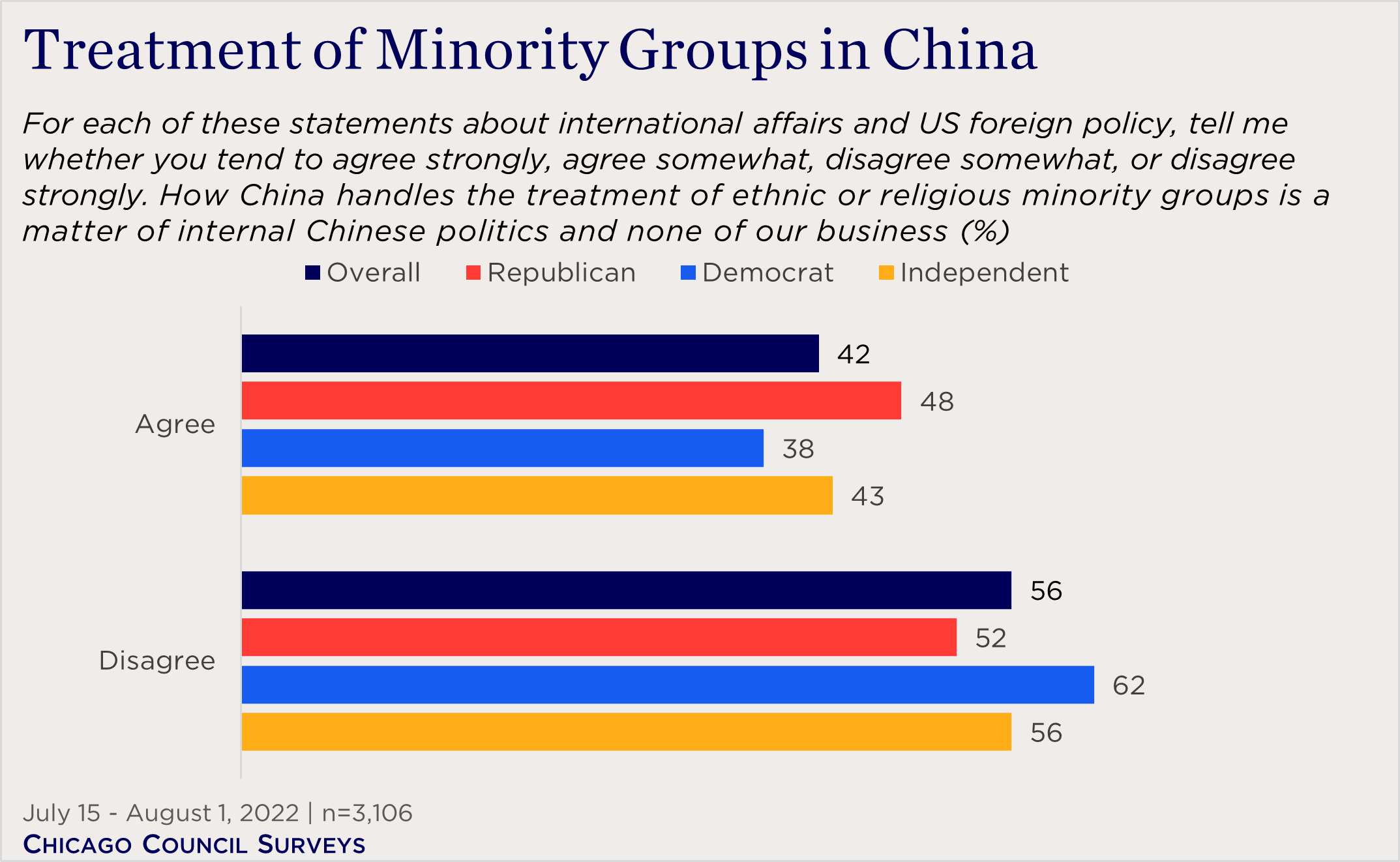 Past Council polling has also demonstrated that the American public supports US attempts at punishing human rights violations in China. In the 2021 Chicago Council Survey, 84 percent of Americans overall and large majorities across partisan lines favored the United States placing sanctions on Chinese officials responsible for such abuses. 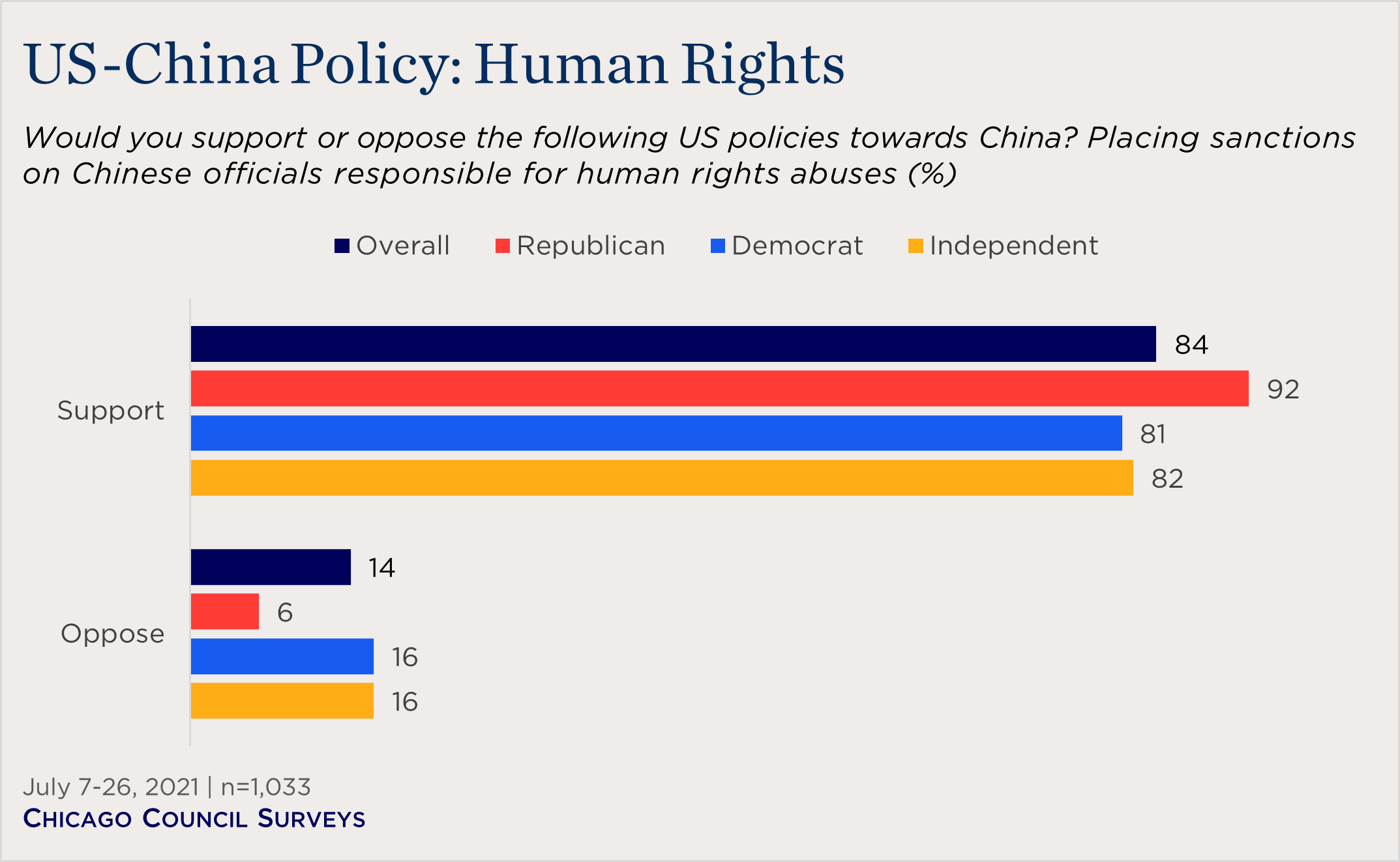 However, the American public is split on whether the US should take a leading role (45%) or a supporting role (46%) on promoting human rights and democracy abroad. Democrats are more inclined to say the US should play a leading role (61%), while a majority of Republicans (57%) say the US should instead play a supporting role. This reflects longstanding partisan divisions over the priority human rights should have in US foreign policy. In the 2021 Chicago Council Survey, only four in ten Americans overall (41%) saw promoting and defending human rights as a very important foreign policy goal for the United States, with Democrats (54%) notably more likely to see it as very important than were Independents (39%) or Republicans (30%). 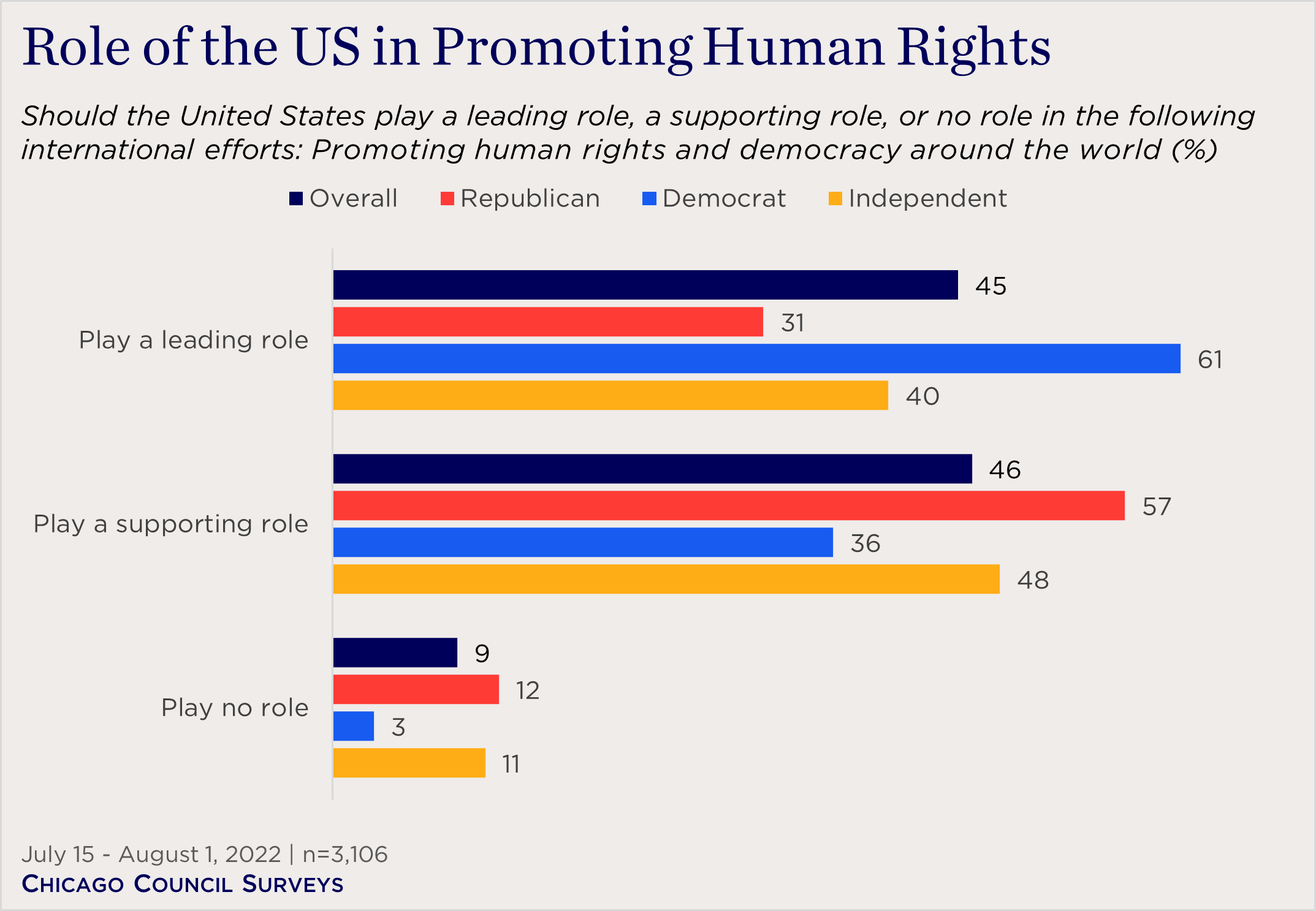 American concerns about human rights in other major-power competitors are not a new phenomenon, though Americans today are somewhat more assertive that human rights are a US concern than they were in the past. During the Cold War, the US government made a point of criticizing the Soviet Union for its abusive treatment of Jews and other minority groups. At the time, a plurality of Americans (47%)—and half of Republicans (50%)—saw these abuses as matters of US concern. Notably, no partisan group said that these mistreatments were simply matters of internal Soviet politics. 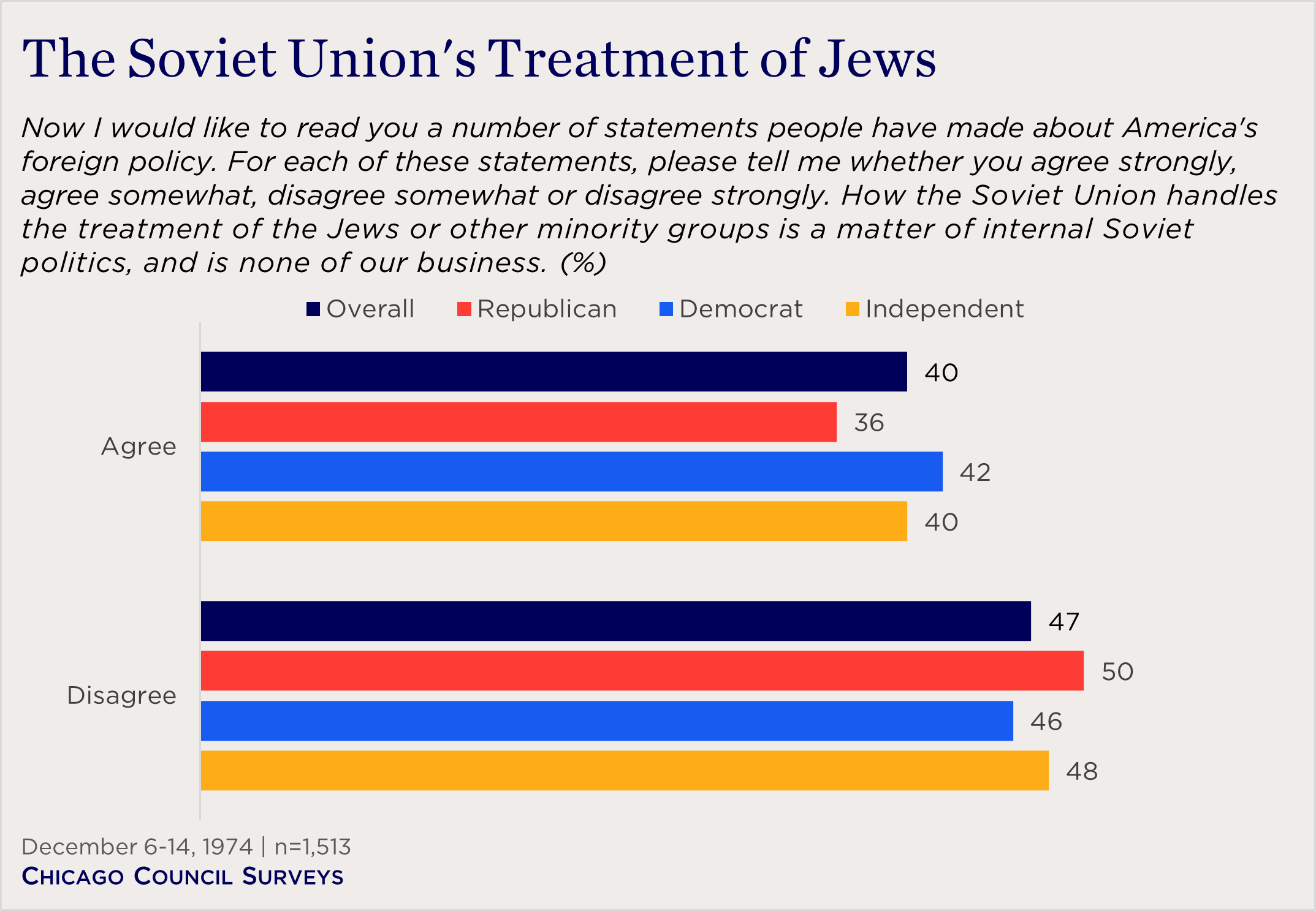 Does a diplomatic boycott of the 2022 Beijing Olympics have public support among countries doing so? Data show modest support—and skepticism.

A March 2021 survey finds Americans see US priorities in Asia to be less about limiting the expansion of China and more about economic growth and strengthening democracy.

Should the US Embrace or Reject Engagement with China?
Podcast Deep Dish on Global Affairs Podcast

Paul Heer joins Deep Dish to argue that engagement is necessary in shaping the US-China relationship.

Younger Americans are more confident in US power vis-a-vis China and are more likely to oppose restrictions on scientific and educational exchanges between the two.