Overall, Americans prefer to maintain defense spending. But Democrats, younger people, and those with a college education prefer cuts, while Republicans prefer expansion.

On December 8, the House voted to pass the 2021 National Defense Authorization Act (NDAA), authorizing a total of $740.5 billion in defense appropriations and continuing a trend of defense spending increases. The bill, passed by a margin large enough to override a threatened veto from President Trump, includes pay increases for US service members, mandates the renaming of ten US military bases currently named after Confederates, and has a notable focus on competition with China. The 2020 Chicago Council Survey finds that the US public overall tends to prefer to maintain current levels of defense expenditures. But a plurality of Democrats, younger Americans and the college-educated favor cuts to the US defense budget, while a plurality of Republicans favor expanding it.

The 2021 NDAA’s total authorization of over $740 billion represents a continuation of an upward trend in US defense spending since FY2015 and marks a high point in authorizations over the past ten years, exceeding the FY2011 sum of $725 billion.

Results from the 2020 Chicago Council Survey, conducted July 2–19, 2020, find the American public divided over the future trajectory of US defense spending. A plurality of Americans (38%) say the United States should maintain its present level of defense spending, while 28 percent favor cutting back defense spending, and 23 percent support expanding it.

Since the first Chicago Council Survey in 1974, the proportion of Americans who favor maintaining US defense spending at existing levels has stayed relatively consistent, with between 34 and 44 percent of Americans favoring a steady-as-she-goes approach to defense spending. 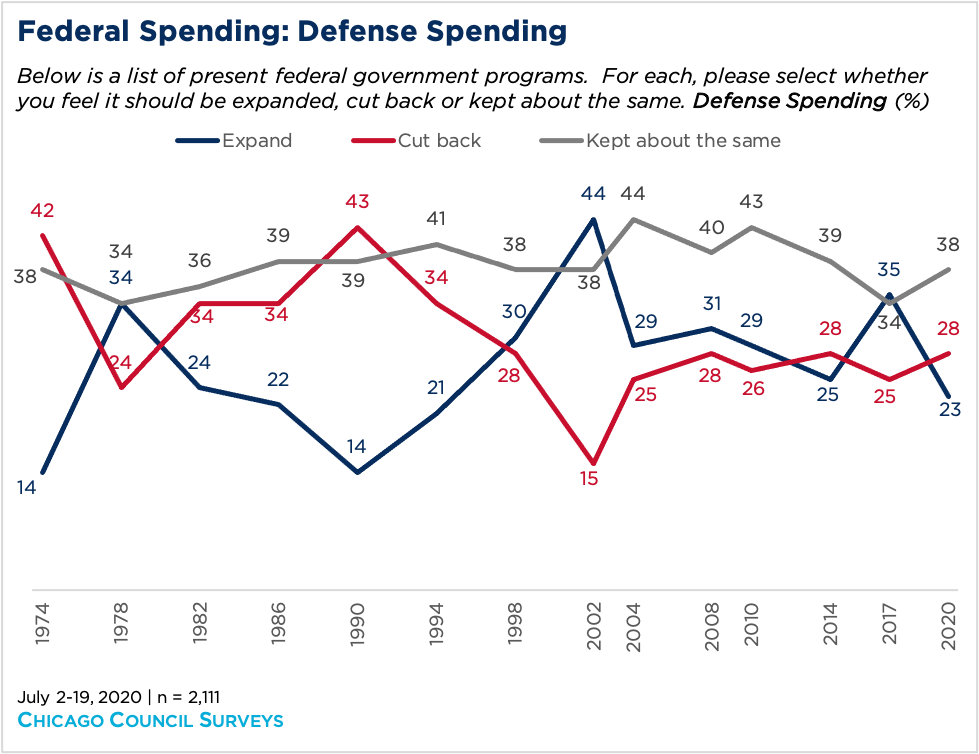 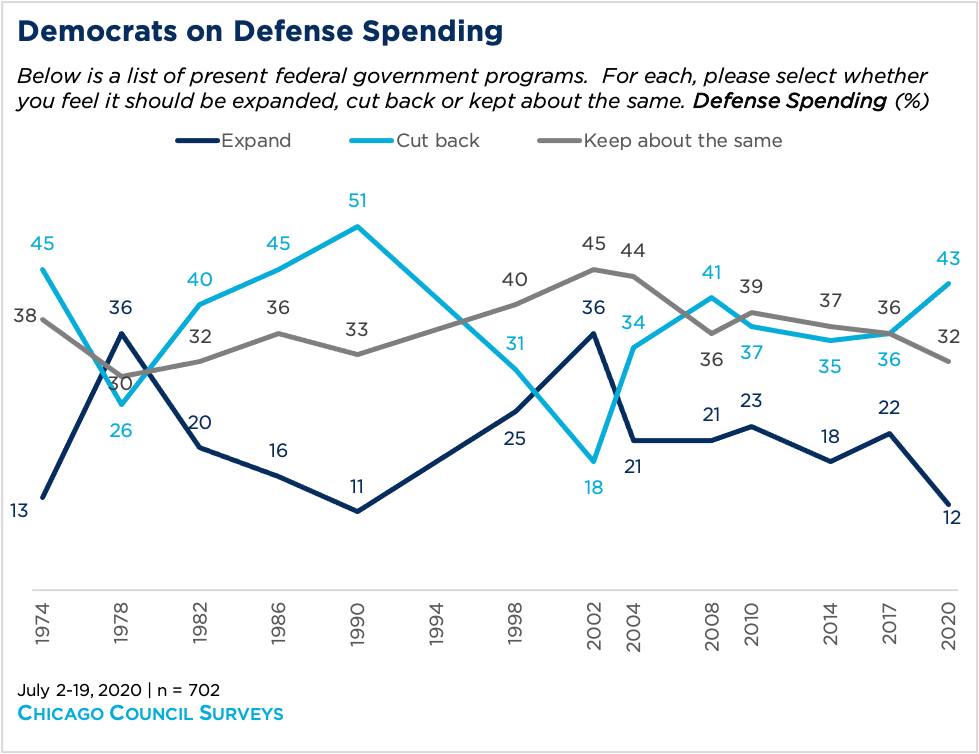 Republicans start from a different point of view on defense spending, preferring to expand or maintain spending, with relatively little support for cutting it. Indeed, the last time in which more Republicans preferred cuts overexpansion was 1990, a time of dramatic change in the US security environment.

Since then, Republicans have been more consistently split between maintaining or expanding defense spending, with sharp increases in support for greater spending during moments of security crisis (such as in 2002, following the September 11 terrorist attacks, and in 2017, a period of great tension with North Korea). 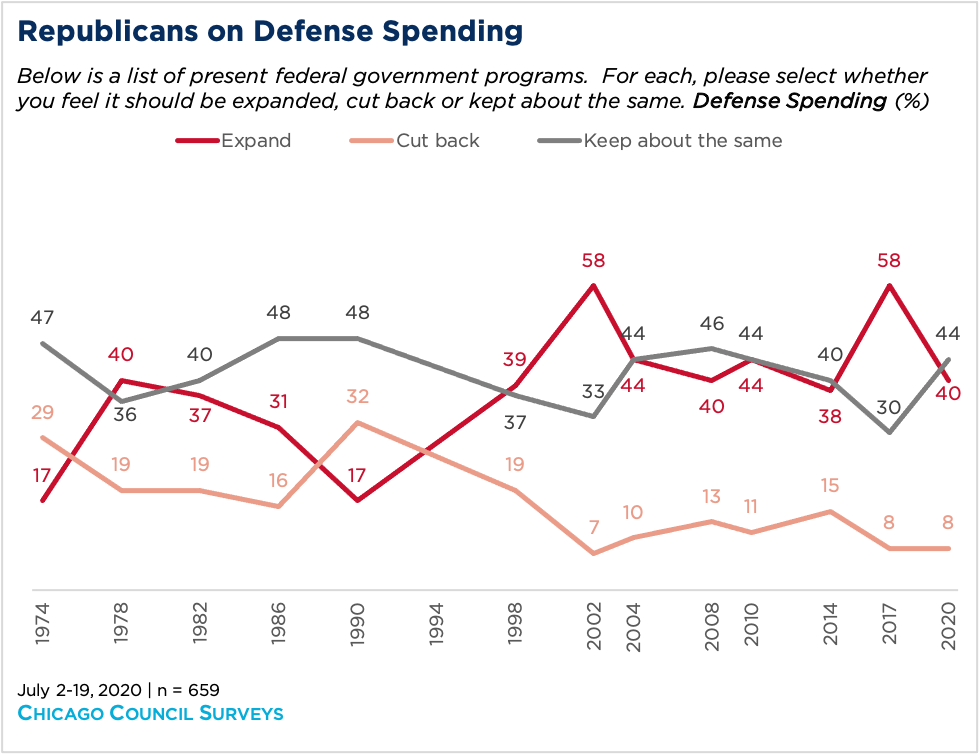 Please select whether you feel defense spending should be expanded, cut back, or kept about the same (numbers listed are percentages).

This analysis is based on data from the 2020 Chicago Council Survey of the American public on foreign policy, a project of the Lester Crown Center on US Foreign Policy. The 2020 Chicago Council Survey was conducted July 2–19, 2020, by Ipsos using its large-scale nationwide online research panel, KnowledgePanel, among a weighted national sample of 2,111 adults, 18 years or older, living in all 50 US states and the District of Columbia. The margin of sampling error for the full sample is ±2.3 percentage points, including a design effect of 1.2056. The margin of error is higher for partisan subgroups or for partial-sample items.

Partisan identification is based on respondents' answer to a standard partisan self-identification question: "Generally speaking, do you think of yourself as a Republican, a Democrat, an Independent, or what?"

The 2020 Chicago Council Survey is made possible by the generous support of the Crown family and the Korea Foundation.