Public opinion surrounding the Iraq War has changed drastically over time. The percentage of Americans who say the war has been worth fighting has plunged from a high of 70 percent in 2003 to 30 percent in 2020 (according to ABC News/Washington Post and Chicago Council surveys).

Despite this negative assessment today, a majority (55%) say that the US should have long-term bases in Iraq. Given that there is currently no basing agreement regulating the presence of US troops in Iraq and Iraqi government has maintained that the roughly 5,000 US troops in the country are guests at Iraqi bases, the question of whether the US should have such long-term bases is hypothetical. However, the gap between these two questions demonstrates the disconnect between unfavorable American views of the Iraq War and support for a continued, long-term US presence in Iraq. 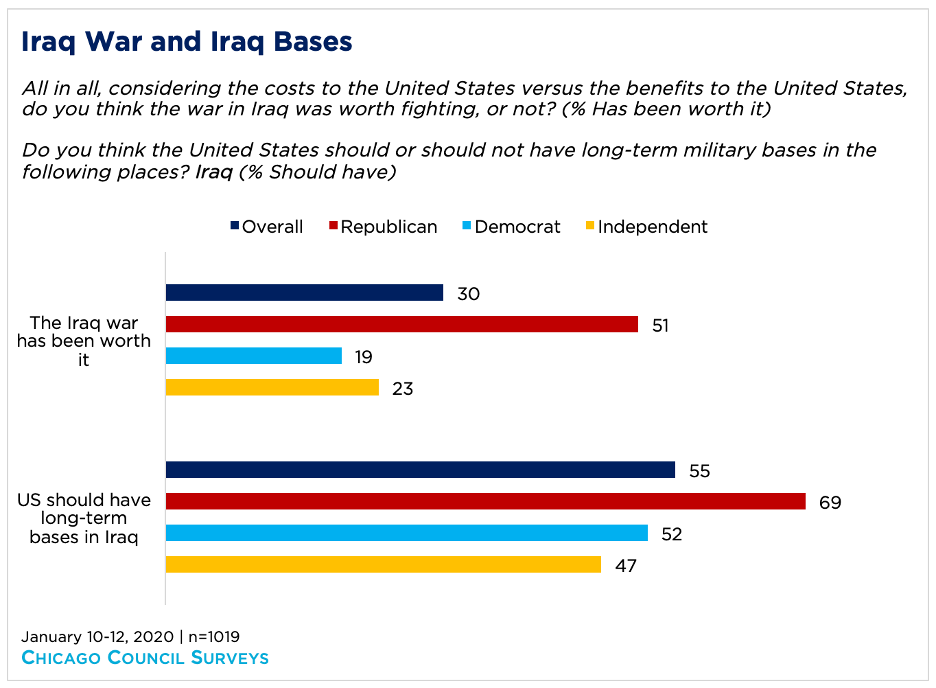 A better predictor of Americans’ basing preferences than partisan affiliation are their threat perceptions related to the Middle East: those who view issues like Iran’s nuclear program and terrorism as critical threats are more likely to support long-term bases in Iraq.

Among Americans who rate “the possibility of violent Islamic extremist groups carrying out a major attack in the United States” as a critical threat, 62 percent say that the US should have long-term Iraqi bases. On the other hand, only 34 percent of those who say terrorist attacks are not an important threat support these bases. This relationship between concerns about terrorism and support for bases in Iraq is not simply a restatement of Americans’ views on the Iraq War. Those who view terrorism as critical threat are only slightly more likely to say the Iraq war was worth it (36%, compared to 30% of Americans overall). 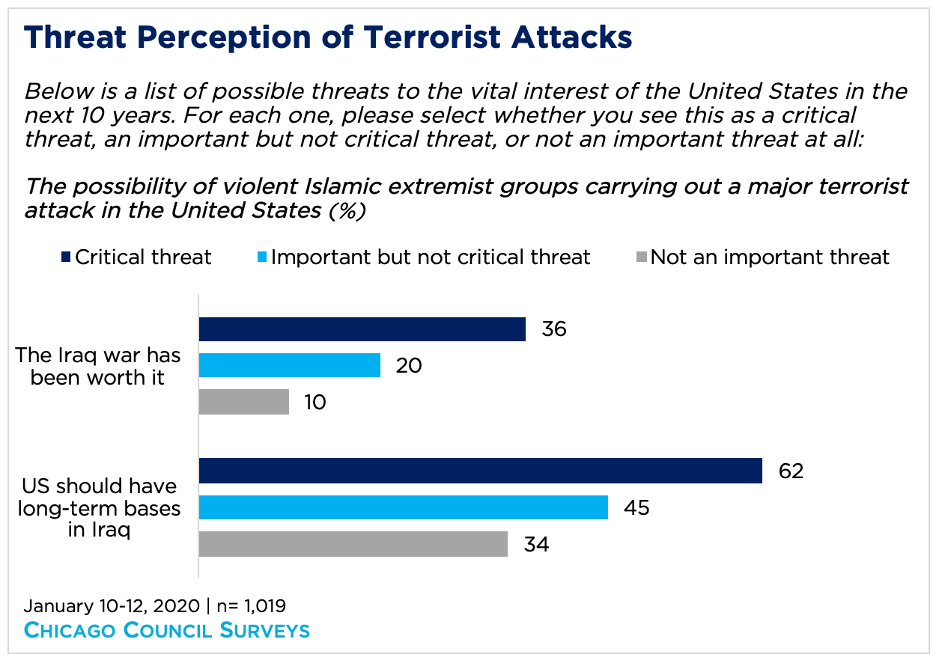 Americans’ perception of the threat posed by Iran also predicts their support for Iraqi bases. Among Americans who believe Iran’s influence in the Middle East poses a critical threat to the United States, 67 percent say that the US should have long-term bases in Iraq. Similarly, 66 percent of Americans who rate Iran’s nuclear program as a critical threat support such bases. Among Americans who say these issues are not important threats, only 25 say the US should have these bases. 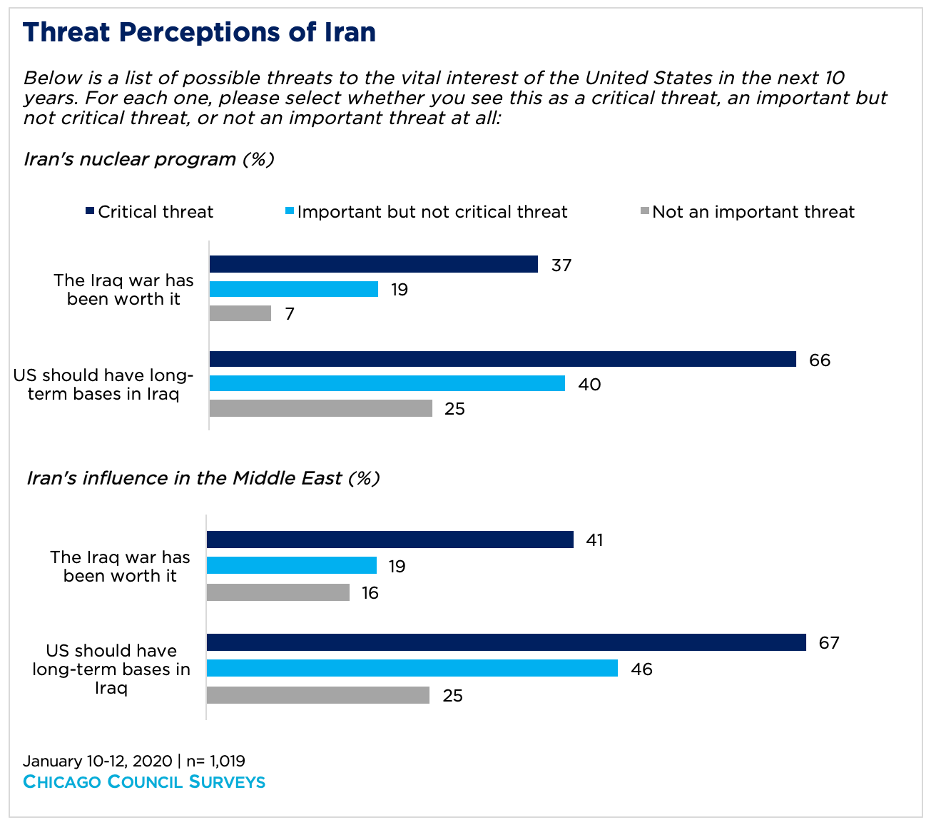 These correlations suggest that when individuals feel threatened by issues emanating from the Middle East they are both more likely to support current US military activity in the Middle East, even if they view the Iraq War as not having been worth fighting. Indeed, among those who view Middle Eastern issues as critical threats, support for long-term bases in Iraq is much higher than support for the Iraq War. The fact that the Americans who are the most concerned about these potential threats are more likely to support bases indicates that this population sees long-term bases in Iraq as a useful way to project American influence and stability in the Middle East and reduce threats to the United States in the region, regardless of how they feel about the Iraq War.