The 2022 Chicago Council Survey finds broad support for taking in Afghan refugees but not for releasing frozen funds to the Taliban.

A year after the withdrawal of US forces from Afghanistan, and 21 years after the US occupation of the country first began, the United States remains deeply involved in Afghanistan’s future as the country struggles through famine and violence under the new Taliban government. Results from the 2022 Chicago Council Survey, conducted July 15–August 1, show that Americans broadly oppose recognition of the ruling Taliban government or releasing funds frozen by the United States to that government. But Americans support helping the people of Afghanistan through direct aid and by taking in Afghans leaving the country. 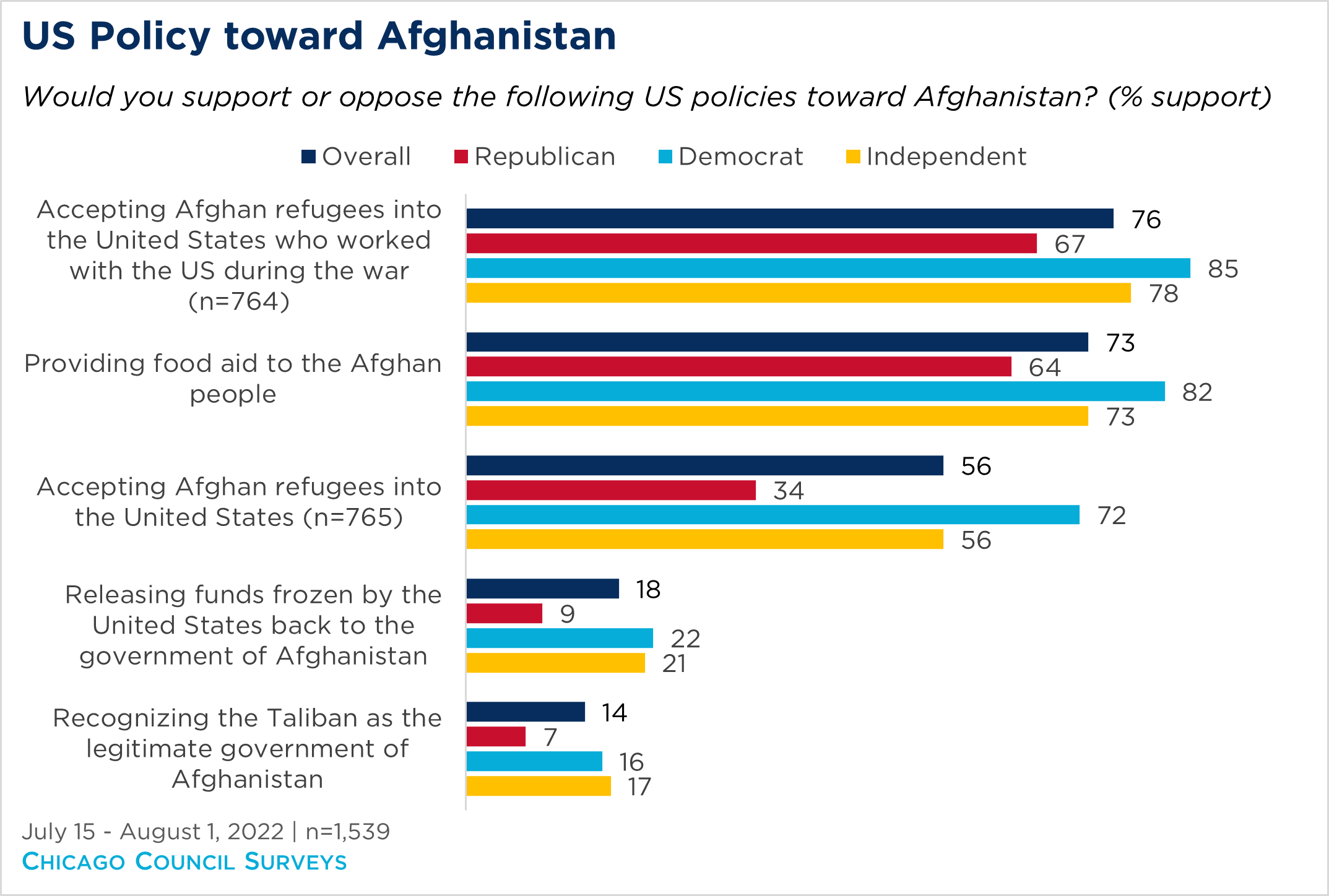 At a time when Afghans are experiencing dire levels of hunger, exacerbated by the slashing of Ukrainian grain exports due to war, bipartisan majorities of Americans support direct aid to the people of Afghanistan. Three-quarters overall (73%), including large majorities of Democrats (82%), Independents (73%), and Republicans (64%), support providing food aid to the Afghan people.

Though Americans support assistance to the Afghan people, they broadly oppose US actions involving the Taliban government. Majorities across party lines oppose recognizing the Taliban as the legitimate government of Afghanistan (83% overall, 91% Republicans, 81% Democrats, 79% Independents). Following the Taliban takeover in 2021, the United States also froze billions in Afghan government funds, a policy tied to the government’s ongoing involvement with al-Qaida and its now-dead leader Ayman al-Zawahiri. Eight in 10 Americans (79%) oppose releasing those frozen funds back to the government of Afghanistan. That opposition is bipartisan, including nine in 10 Republicans (89%) and three-quarters of Independents (75%) and Democrats (74%). 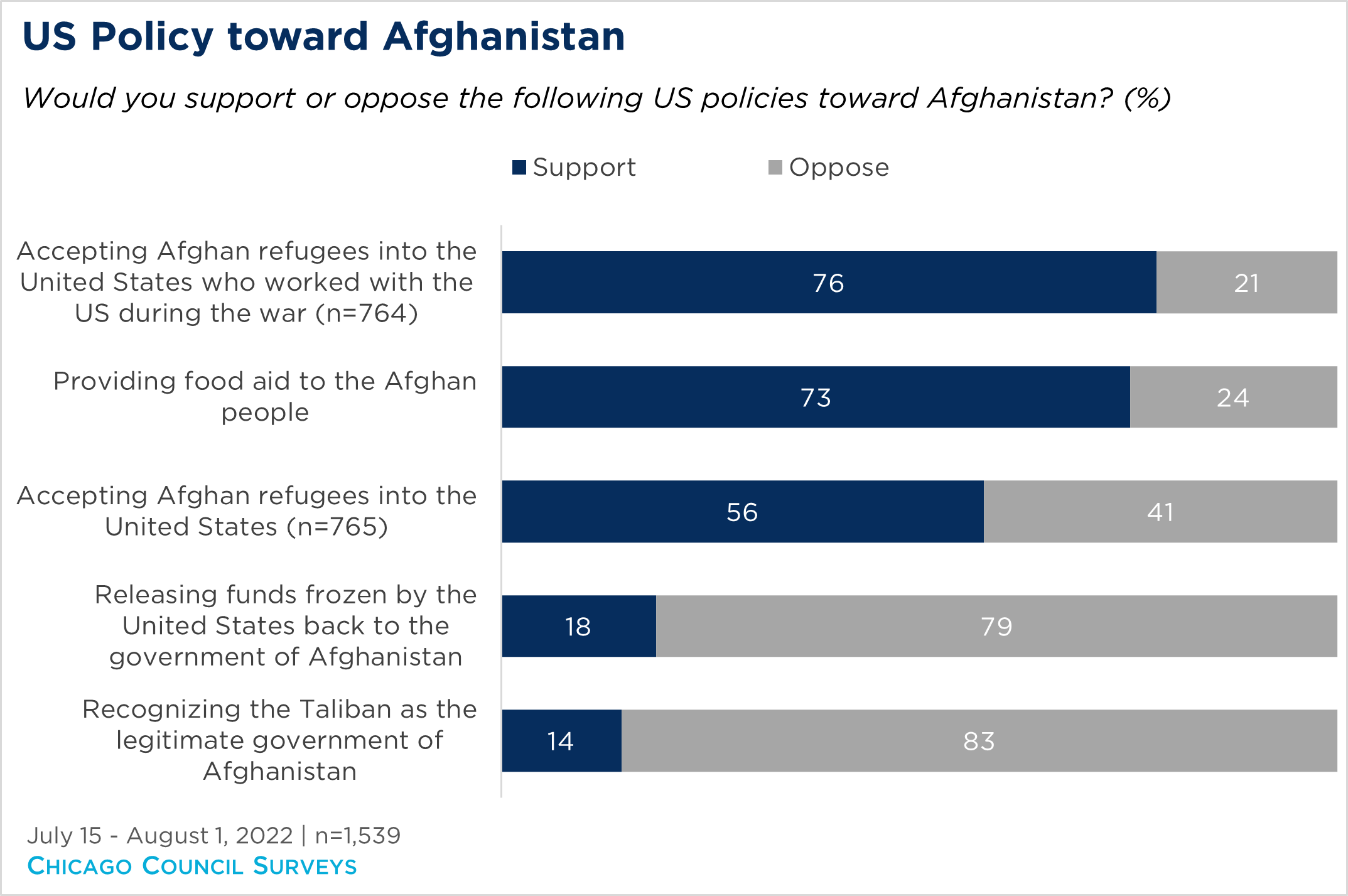